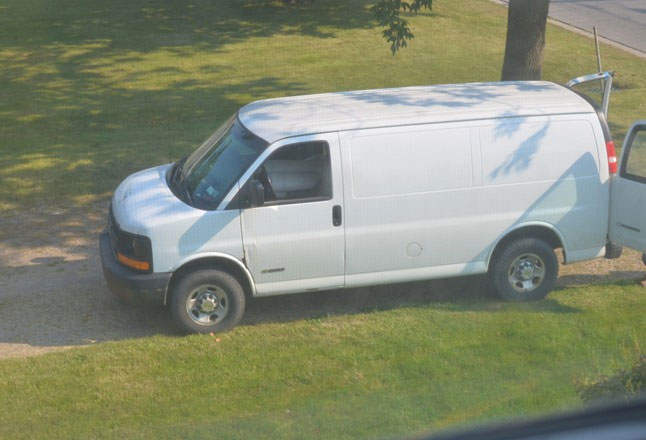 Want to read the first part of this adventure? Start here.

So there we were, in handcuffs, dragging our feet as the officer pulled us along behind him.

I knew these guys were tough, but I didn’t realise they were tough enough to drag two fully grown shifters along with one hand.

The whole time I’m talking my head off, trying to convince the dude that he’s got the wrong people. We just shifted into the wrong forms! Our mistake! Won’t happen again!

He grunts, and shoves us up into the back of the van while he goes to fetch his pinger. I can see the grimace on my husbands face, we both know this machine isn’t going to be our exoneration.

You see, the pinger can tell the authorities when you last shifted, based on the residual energy in your meat suit. So, if this was a normal situation, the machine would switch on, make a ‘ping’ noise, and tell the office we had only recently shifted – helping our story.

We were locked in form though, meaning our energy had been solidified. We were like pigs in blankets, fat men in wetsuits, or (more accurately), like normies. Stuck in simple skin. The pinger was going to show the officer we hadn’t shifted ever – and that was going to mean trouble.

Officer gruff & tough was still fishing around in the front of the unmarked van, so we had a moment to think of a plan. Any plan. Even just a rough outline of an idea.

The SLE’s tagline was ‘Safety & Justice for All’ – and their main rule was ‘Never seen, never heard.’ This group operates below the radar, the last thing they want is any normie kicking up a stink. Then you have to get the Jinn involved and maybe a vampire or two to smooth things over… it’s just not worth it.

With that in mind, I shoved my hand into field of electromagic energy which kept the front of the vehicle separated from the back.

Words cannot describe the pain, but they can describe what happened next. You see, if you can disrupt an electromagic field for long enough, it will often short-circut or spark – causing magical disruptions in the immediate area. What I was hoping for is to maybe explode a mailbox or two, something that would distract the Officer long enough for us to work out part 2 of the master plan.

What happened instead… Well, I certainly wasn’t prepared for it.