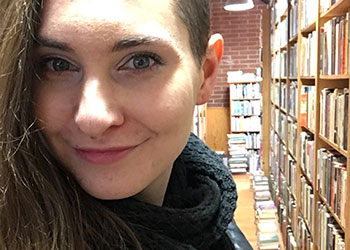 I get a lot a questions about my author bio (below), I’ve decided it’s time to start telling the full story.

Tuesday is a shape-shifter, on the run from the law for a crime she didn’t commit. There isn’t a lot to do when you’re in hiding, so she writes stories for the supernatural community.

It was a quiet Tuesday afternoon (ironic I know).

My husband and I had just blown into town, and were keen to do a bit of book browsing without being bothered.

You know, some good old-book-sniffing without people coming up to you asking ‘Don’t I know you from somewhere…?’

Normally we would have had a shape picked out, however this day was  particularly disorganized due to an earlier incident with a lime and a hippopotamus.

So, we assumed the shapes of two people we had seen about an hour before, sitting in a coffee shop.

That was the first mistake, as we were about to learn.

Anyway, we were browsing away, getting our book sniffing on, when in bursts the angriest looking man I’ve ever seen.

My husband spots straight away that he’s a member of the SLE (Supernatural Law Enforcement for you normies* out there). Initially I’m not fussed, because hey – we’re not breaking any rules.

You should have seen his eyes fire up when they landed upon us. I swear I felt the ground quake beneath my feet.

He marched on up to us, and before I could say ‘G’day sir how you going’, both my husband and I were in handcuffs.

Now, this is not a situation we have encountered before. Traditionally when we assume someone’s form, it’s some normie with one of those silly accounting jobs or something like that.  Not the kind of person who gets themselves into trouble.

At first I wasn’t too worried, because hey, we could shift back and explain everything. Right?

We shortly discovered that we couldn’t, no matter how hard we tried, shift back into our typical selves.

And guys, there is only one sort of being who can do that to a shifter.

It was at that point we knew, we were in deep, deep trouble.

*No offense is meant by the term ‘normie’, that’s just how we supernaturals refer to you normal folk