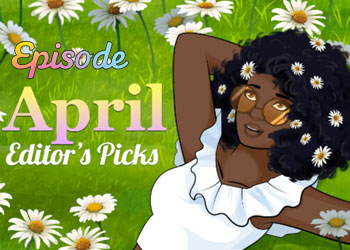 It was a pretty hectic trip – after one cancelled flight and one replacement flight delayed, my husband and (who had planned on an eight hour layover in LAX) had all but 10 minutes to sprint to the international gate from the other side of the airport.

As I sat in my seat, thankful that we had even made it onto our flight, and began the long journey home to Australia – I didn’t realise I had something else to be thankful for at that same moment.

Episode Interactive had selected my story ‘Recently Royal’ to be a part of their new April Editor’s Picks Shelf!

Not only was I simply thrilled to be named amongst five other amazing stories, I was absolutely humbled at the response from the community of readers on Episode. Jumping from 3,000 reads to 100,000 reads in just over a day was mind blowing! I couldn’t (and still can’t) get over the fact that ‘Recently Royal’ is so widely enjoyed.

I just wanted to say THANK YOU to Episode, and THANK YOU to all of the readers (new and old!) who have made my journey on the app so exciting. I’m so glad that I can brighten people’s day with my chapters.

That’s why I’m happy to announce, while Recently Royal was only ever intended for 9 chapters – I am extending it to 15! Can’t wait to share with you just how interesting things are about to get.