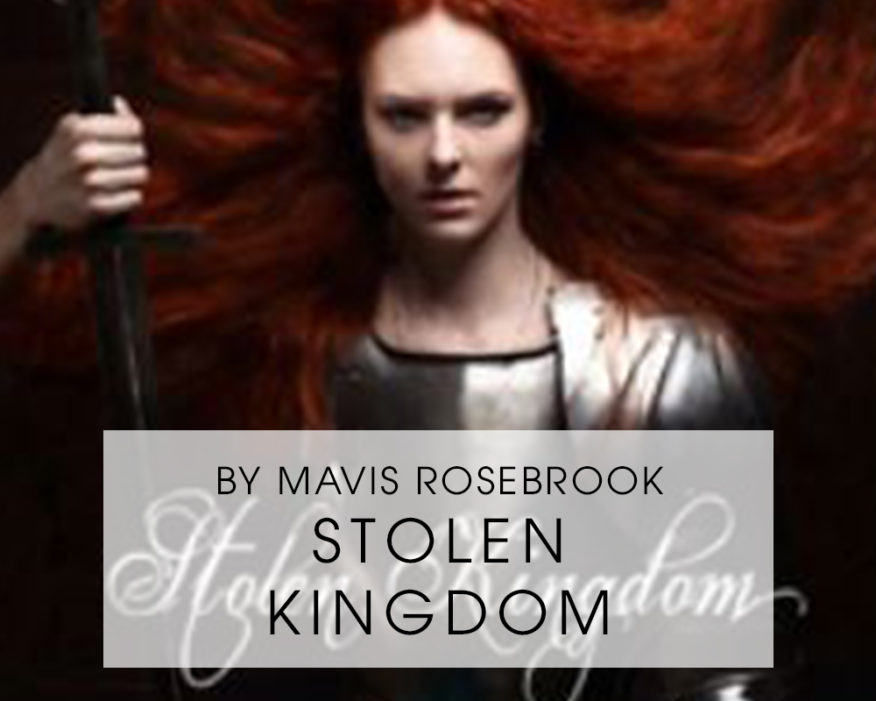 ‘Stolen Kingdom’ is a fantastical tale which takes place in a dystopian fairy-tale type setting. Together with your sister, you must join the ‘resistance’ and work with your new-found friends (and love) to defeat the tyrannical king.

Author’s Description:
Eazria isn’t the kingdom like you know it anymore. It’s time for a change! Will you be able to make it happen? 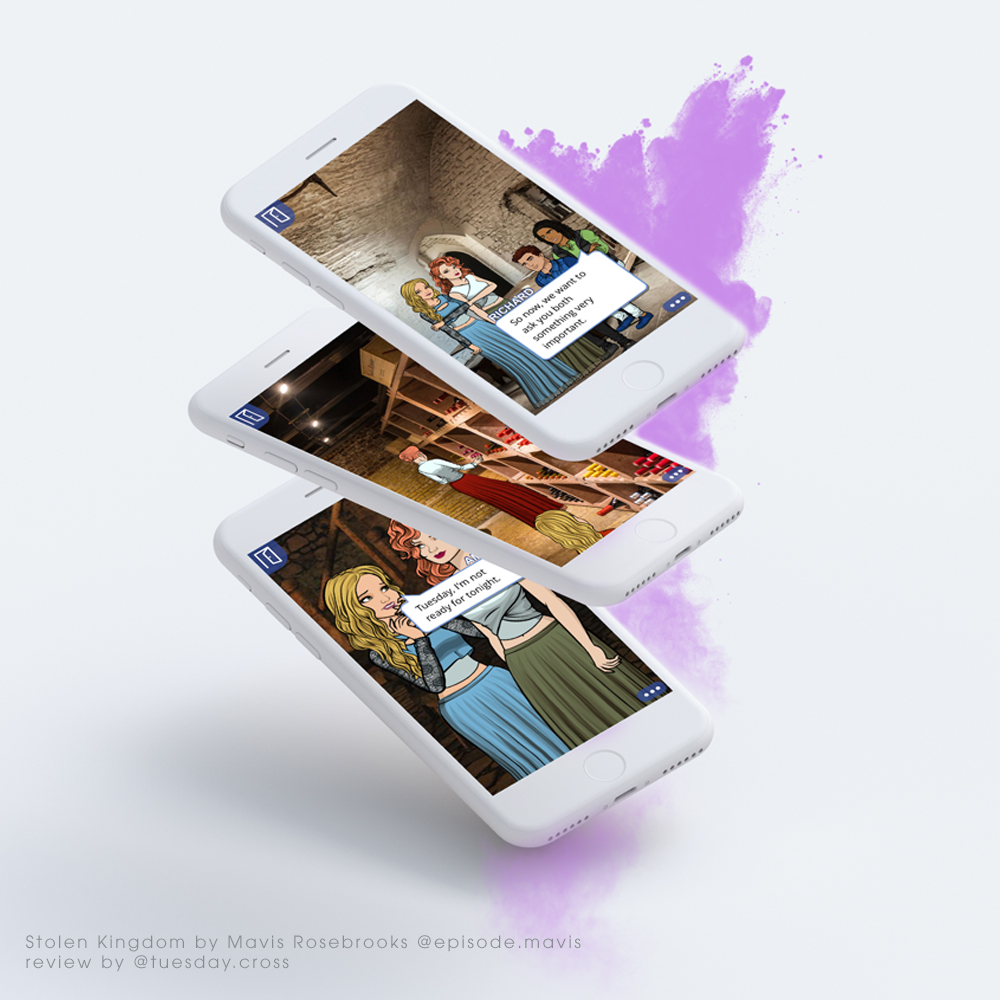 ‘Stolen Kingdom’ follows an imaginative storyline from start to finish. Reminiscent of an epic medieval tale, Mavis manages to weave an adventure that makes you feel as if you are a part of something greater. ‘Stolen Kingdom’ receives four out of five stars because the plot is fantastic, and is only briefly caught up in the pitfalls which come along with Episode style stories. Mavis should be proud of the world she has created, personally I would recommend turning this storyline into a novel.

It is extremely obvious from the get-go that Mavis has put a lot of time and energy into the directing of each and every scene. There are some minor bugs here and there, but nothing which actively takes away from the enjoyment of the story. Personally I found myself wishing the directing would allow for the scenes to transition more quickly (because I was excited to get to the next part!), however that is simply personal preference.

‘Stolen Kingdom’ serves up a reasonable amount of choices per episode, allowing you to make some choices which (I believe) directly affect the next scene as well as determine how you ‘feel’ about certain situations and people. To allow a reader to have ‘true’ sway over an Episode story is a tricky business indeed, however Mavis handles the task well.

Mavis does a wonderful job of writing in-depth, long chapters, which still leave you with a taste of what’s to come around the bend. I found myself interested in how the story would unfold, and keen to read on. This story is great if you love gentle cliffhangers and don’t want to be punched in the gut at the end of each chapter.

Mavis’s writing is superb, with only minor spelling and grammar mistakes which do not take away from the story experience. 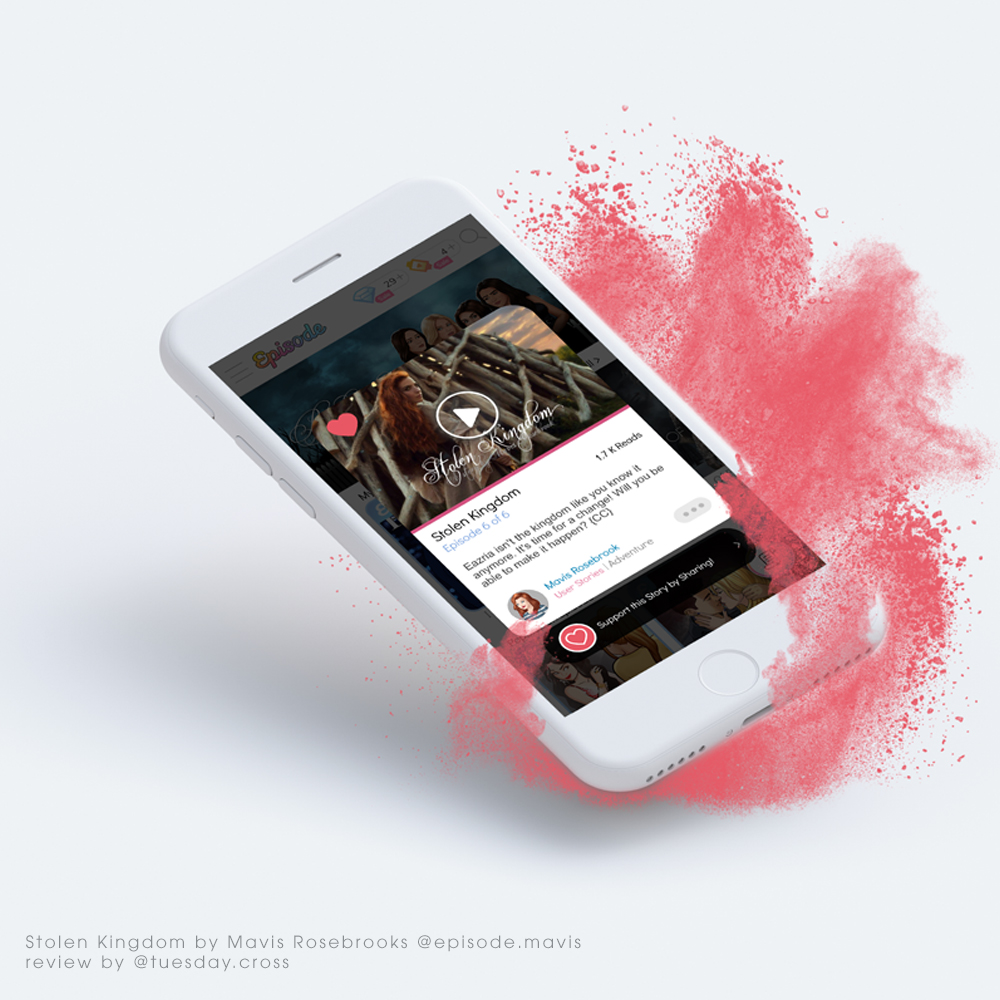 In general, I found the dialogue between the sisters and male characters to be believable and interesting. There are times when a speech pattern or personality precedence is set and not followed for the entirety of a scene, however this did not take much away from the enjoyment of the banter.

Mavis does an excellent job of giving the main character (You) personality with enough room for you, as a reader, to project your own personality onto the character. Personally I am a fan of this, particularly in Episode where I am making my own ‘choices’. The supporting characters were well rounded and interesting as well. My only note is that there were times where the personalities seemed to bleed together, however it never lasted long.

‘Stolen Kingdom’ is a classic epic adventure with great directing and a varied cast of characters to interact with. If you’re looking for something on Episode to read with a bit of royalty, adventure, and strong female protagonists– I would recommend ‘Stolen Kingdom’ to you.

Open this story in the Episode App

Have you read this story? Tell me what you thought of it in the comments below!