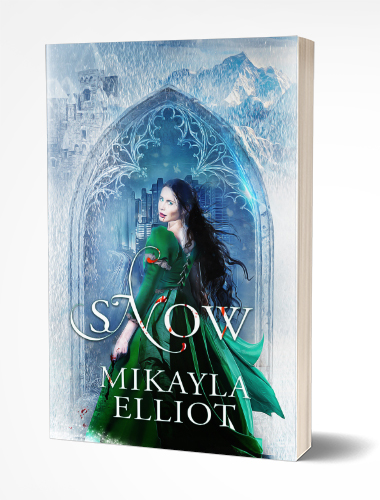 Snow by Mikayla Elliot
Taken from all she has ever known and loved, Neva finds herself swept into a world of vampires where she learns she will determine their future. Yet she quickly discovers she is the target of a vampire, Zachariah, seeking to stop her from altering the vampire lineage. She must decide which path she will take while trying to protect the family she left behind, and discovering a past she cannot escape. 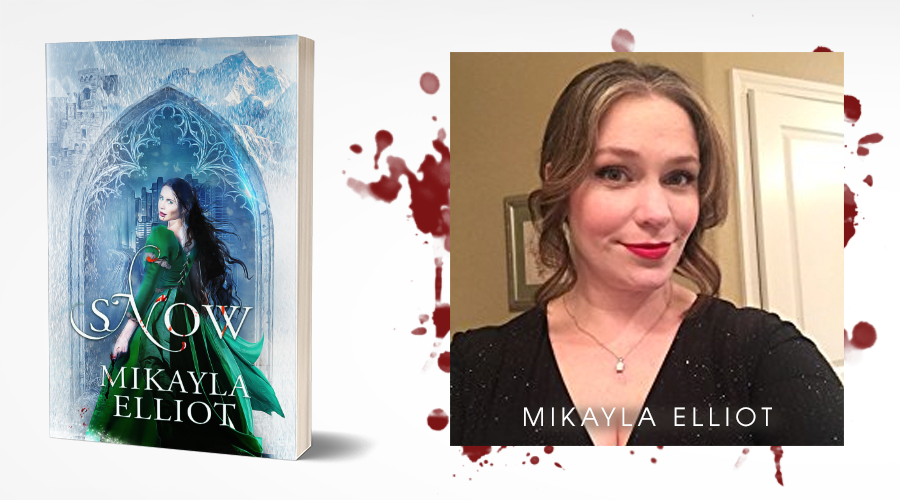 Disclaimer: I was given a copy of this novel in exchange for my honest opinion & review

‘Snow’ by Mikayla Elliot is a dark, adventurous tale, which follows the a young woman named Neva.

A widow working in her family’s bakery, Neva is delivered to the local Lord– a distasteful man to say the least. Instead of marrying him however, she kills him and his jilted lover during her transition into her new life as a creature of the night.

The mystery and tension increases as Neva is whisked away by Lord Thedryk, one of the original ‘vampires’. As Neva learns more about this new world, she is both equal parts terrified and curious to see just how far the rabbit hole goes.

Overall Quality of the Story Line
★★★★✩
Four out of Five Stars

There is no doubt in my mind that Mikayla Elliot poured hours into crafting this dark and intriguing story line. The plot twists are well thought out, and it is clear that Elliot wrote the book cohesively with the end in mind.

I personally enjoyed reading a vampire centric novel with a storyline which has not been overdone, and avoids cliché. The elements of reincarnation, all vampires having different abilities, and love not being immune to time were refreshing and interesting.

The only reason ‘Snow’ earns four stars instead of five is the pacing. Elliot takes her time getting into the meat of the main storyline, and while everything is written beautifully, the first four – five chapters may not hold everyone’s attention.

Elliot writes with finesse, her prose is gorgeous. The descriptions of the rooms, outfits, people, landscapes– all are painted in a vivid light. While at times I reveled in the vibrant descriptions, there were many other times where I found the action/tension/emotion slowed or all together negated by the interruption of over-description.

The moments of over-description coupled with moments of repeated words and some small point of view errors made this book difficult to ‘devour’ for me, personally. Typically I am a voracious reader, polishing off a book of this size in three days or less. Snow took me more than a month to complete, simply because I could not slip into the emotion of the page a flow, uninterrupted.

The above being said, Elliot does include some delightful and clever plot twists, some of which were indeed a surprise.

Spelling and Grammar
★★★★★
Five out of Five Stars

‘Snow’ reads as if it has been professionally edited, if there were any spelling or grammatical errors in Elliot’s text, I did not see them.

All the characters read with their own distinct and unique voice. This was important, as Neva interacts with many people, all with very different personalities, backgrounds, and motivations.

I felt that particularly between Thedryk and Neva there was some opportunity for Elliot to further perfect Thedryk’s dialogue. Given what he knows about her when they first meet, more clues or at least more subtle strangeness in his words could have been included to make the later revelation fall heavy more heavily upon the reader.

Depth of the Characters
★★★★✩
Four out of Five Stars

All of the characters were well developed and believable, with obviously rich backstories to fuel their in-story motivations. For that I sincerely applaud Elliot, the work she has put in is distinctly obvious.

This section loses a star however because of Neva. For me, it was difficult to become emotionally invested in her inner journey, and feel what she was feeling. She doesn’t consistently ask the questions I imagine a typical human would in her situation. Combined with her unwavering politeness and willingness to accept everything these strange creatures say to her as truth, it was hard to see her as ‘real’.

Overall, ‘Snow’ by Mikayla Elliot is a very well written and well edited piece of literature. If you are looking for a vividly descriptive non-cliché vampire novel, I would recommend this story to you.

About the Author – Mikayla Elliot

Mikayla Elliot is an avid reader and writer of fantasy novels. She is a single parent to two beautiful children and their rambunctious corgi, Sheila, living in Atascocita, Texas. When Mikayla isn’t creating new worlds and adventures she spends her time working as a Planner in the energy industry, which has unveiled various landscapes in multiple states for site visits. Mikayla holds a Bachelor’s in Business Management from the University of Phoenix, and feels the debt deep in her soul and pockets.

Hobbies, Desires, Plans…
Mikayla plans to travel to other states and eventually other countries, as time and family allow. Broadening horizons, landscapes, and dreams is a never ending process! She is currently reading Dune, with a list of ten of other books on the side patiently waiting their turn to be read, voraciously. Mikayla spends her time between caring for her family, working a steady job, reading, writing & researching. For hobbies she enjoys playing video games such as World of Warcraft (when time allows) and Final Fantasy (all releases and again time restricted), puzzles of all varieties such as word, jigsaw, and Sudoku, and karaoke!